Saturday, September, 24, 2022 01:26:40
×
Business Headlines Environment Technology About Us Contact Us
Home
Science and environment
Ahead of COP27, S. Africa lays out climate demands to rich polluters 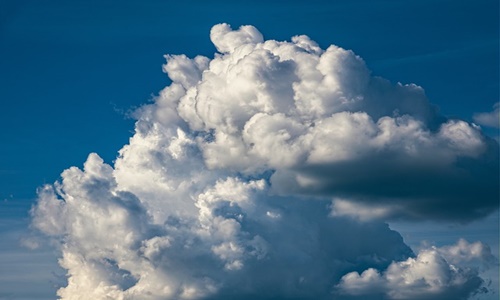 South African environment minister Barbara Creecy has reportedly stated that developing countries across the world expect wealthy nations to pledge more funds for climate adaptation and a financing structure to help them deal with natural calamities when they join the COP27 climate summit in November.

Creecy was an eminent African spokesperson before the COP26 meeting in Glasgow last year. She has urged more financial support for poor nations affected by climate changes from wealthy nations that have produced most of the world's greenhouse gases.

The minister recently stated in an interview that rich nations must uphold their promises to pay developing nations $100 billion per annum to help them fight climate change and increase that amount in the future.

She added that it is also important to figure out compensation for droughts, floods, and other natural disasters linked to climate change. Africa is one of the worst impacted continents by climate change.

Referring to the phrase used to emphasize the money required by poorer nations to recover from climate-related calamities, Creecy expressed that hopefully, the conversation about damage and loss will lead to the establishment of a finance facility.

Africa is one of those continents that have made minimal contributions to the carbon emissions that are raising global temperatures and triggering calamities like droughts in the Horn of Africa, heatwaves in Europe, and floods in Yemen and Pakistan.

The continent contributes only 4% of the world's carbon emissions and is ill-prepared to handle recurrent severe weather conditions. While the city of Durban, South Africa was affected by the worst flood in three decades earlier this year, Somalia and its neighbors in the Horn of Africa are facing the worst drought in four decades.  She added that the summit's delegates will need to decide whether damage and loss compensation is given on a sub-national, sovereign, or non-governmental basis.

The minister also stressed that instead of mitigation, Africa requires money for fortifying its infrastructure, adapting, and building resilience to severe drought and other weather events.