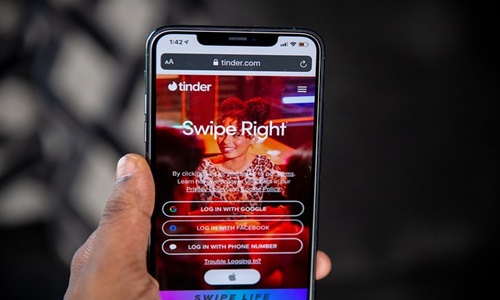 While for some of the major US-based tech firms, the earnings stood out in a quarter of weak performance, on Tuesday, shares of Match Group, which owns a number of dating apps like OKCupid and Hinge, increased by 16%.

The outcomes are highly positive news for Tinder, which has been negatively impacted by executive adjustments this year. Former CEO of Tinder, Renate Nyborg, retired in August after a brief tenure in the position. Spending on applications has also been impacted by rising costs of living and inflation.

Against all odds, Match Group's revenue for Q3 came in at $810 million, exceeding the average analyst forecast of $793 million, as per Refinitiv data.

However, the firm predicted that Tinder would have flat revenue growth in the upcoming quarter.

According to present CEO Bernard Kim and CFO Gary Swidler, a failing global economy was affecting Match's brands that cater to lower-income users and was also having an impact on discretionary spending throughout its applications.

Due to the restoration of a feature that allows users to access the app on their PCs, income increased by 6%, and the number of individuals paying to use Tinder increased by 7%.

There are three levels of Tinder's paid subscription service, each of which provides users features like unlimited ‘likes’ as well as the option to see who has ‘liked’ them.

The world's largest internet companies this week witnessed billions of dollars stripped off their worth due to concerns about a worldwide downturn. At their lowest moment, the five largest tech stocks lost a total of $950 billion.

Match intends to reduce headcount-related costs and marketing expenditures in order to combat the impending slowdown. The business also stated that a search is being conducted to fill the open post of Tinder CEO.